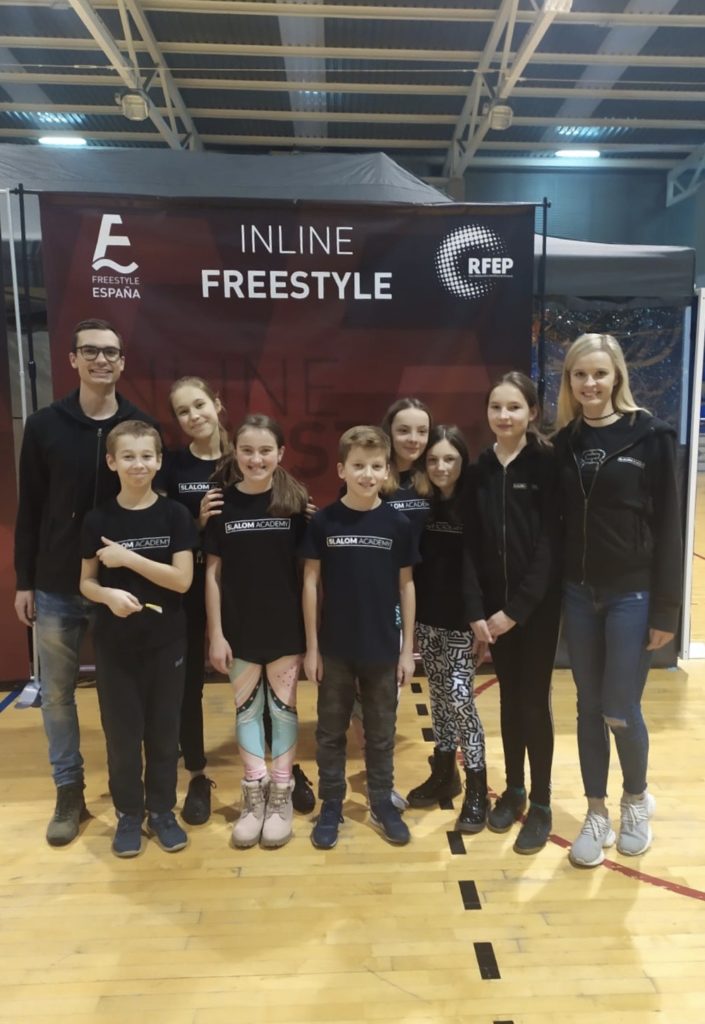 09 DecGreat results at the competition in Spain! 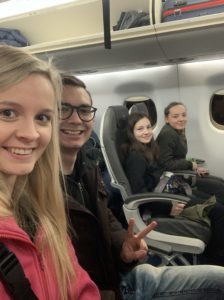 The last foreign competition in 2019!

On Thursday we went to our last 3 cones event of the season in Spain, Valladolid. After landing in Madrid we had a moment that we used to visit a nearby park, enjoying the sun and the weather warmer than in Poland. We managed to take pictures and record videos on skates. We arrived to the city where the competition took place in the evening on the way, enjoying the beautiful views. 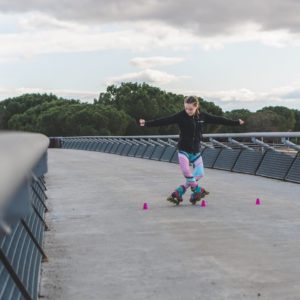 Tinka and her butterfly

Justyna Tęczar was on the qualification list. She made her debut this year and after only two starts her world ranking is still low. The stress was very bad and there were a lot of mistakes. Nevertheless, after her run Tinka was ranked 1st. There were still a lot of good riders behind her and only 4 people were to qualify for further competition. Luckily, Tinka was in the position
4th place exe quo with Spanish and therefore the judges decided that 5 juniors will go on. In the final Tinka calmed down a bit and driving more confidently showed a very good run which gave her a high 12th place. 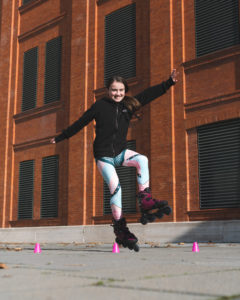 Marta also finished the season with a great run! A flawless performance guaranteed her 4th place.

Jan Hul and Wiktor Smosarski took part in the junior category. Janek presented a new layout for the first time. Despite the stress and a few mistakes, he managed to finish the ride with a smile on his face and finally took 7th place. Wiktor presented the highest form and ended the season with a perfect performance and 4th place.

At the end our trainer Klaudia Hartmanis presented herself in the senior category and because of her successful ride she won the classic competition. 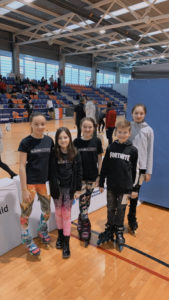 The second day was dedicated to speed slalom.

All competitors did their best and most of them had nice and clean runs. Tinka qualified for KO and finally ended up 15th.

On Saturday there was also a slides competition in which Janek competed and finished in 5th place.

On that day we also had a moment to rest and sightseeing. Weather was good and we spent great time together 🙂 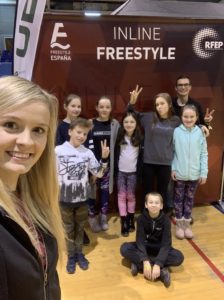 The last day was devoted to the battlefield competition.

All our skaters started with 1/8 finals. Tinka competed in the second group together with a Polish and two Spanish girls. Showing good runs she passedto the next group from the first place.
In group 6 our 3 players Marta, Abi and Anastasia took part. Marta qualified for the next round from the first place, but despite very good rides Abi finished the competition taking 3rd place in the group and Anastasia 4th.

In the quarter-finals Tinka drove in the first group in a very strong group with multiple World Champion Sofia Bogdanova, French and Italian. After the runs, despite some mistakes, she managed to qualify for the semi-finals from second place
Marta was in 3rd group with a Polish, French and Spanish. The judges couldn’t decide who should go on and they did best trick between the Polish skaters. Both girls presented tricks on a similar level but Karolina shown longer trick and the judges voted 2 : 1. Marta took 3rd place in the 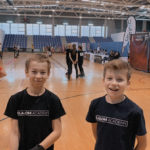 group which gave her 9th place in the general qualification.

In the semi-finals Tinka showed definitely the best runs. She finished 3rd which finally gave her 5th place in the competition. The Italian and French went to the finals.

In the first group, our boys ended up in one group together with the Spanish. Janek qualiffied on from the first place and Wiktor was second. In the quarter-finals Janek went with the Italian and Frenchman and moved on from the 1st place. Wiktor came into the group with two Polish and qualiffied on 2nd place. In the semi-finals Wiktor showed his 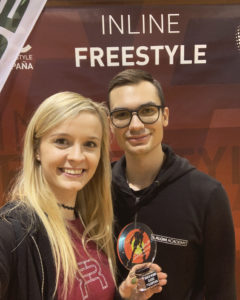 best runs in this competition and took 4th place which gave him 7th place in the general classification. 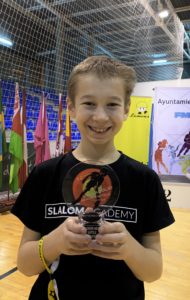 Janek got to the finals, where he also presented the top form. In concentration and focus, he was going through his most difficult tricks. Eventually, very good runs paid off with a bronze medal. This is the best for this the time result in the career of 10-year-old Janek. Great joy and definitely a huge dose of motivation for further training. 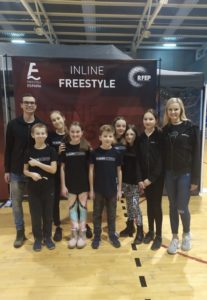 For the first time the organizers also rewarded clubs. As a club Slalom Academy we took 2nd place in the qualification after three days of struggle. It is a great honor for us and a very nice surprise.

The last competition of this season is very fruitful. We come back satisfied and motivated for further training and prepare for the next season. Congratulations to the whole team!